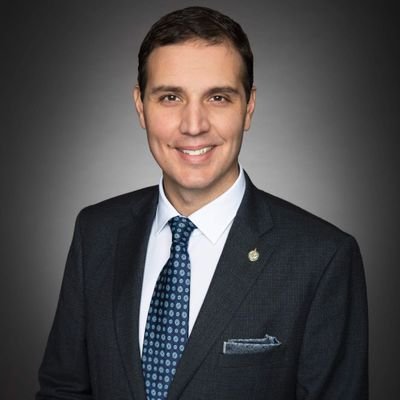 Damien Kurek is the current Conservative Member of Parliament for Battle River-Crowfoot.

Raised in Battle River – Crowfoot, Damien Kurek is a member of a 5th generation farming family who is proud to have worked in Canada’s oil and gas sector. Damien has been a community leader throughout his life, volunteering and serving his community. He holds a bachelor’s degree in Political Studies and Communications and a Diploma in Biblical Studies.

Damien has been actively involved in grassroots politics and advocacy for much of his life. This has included volunteering for campaigns, being involved in grassroots politics, including local conservative associations, campus politics, and advocacy. Prior to his 2019 election, he served in the offices of legislators at both the federal and provincial level.

Damien and his wife Danielle currently reside in Camrose with their three children, where he and his family are actively involved in their local church and community. They also enjoy spending time on the family farm near Consort.

Visit damienkurek.ca for Damien's Parliamentary Website. You can also reach his campaign team at [email protected].